SANSKRIT - A BOON FOR TECHNOLOGY? 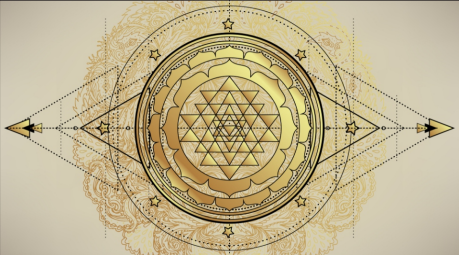 Sanskrit is a South Asian heritage language that belongs to the Indo-Aryan branch of Indo-European languages. It is also regarded as the ‘divine language’ in Hinduism, the primal language of Hindu philosophy, and the language of ancient Buddhist and Jain scriptures.

In fact, Sanskrit is the most incredible asset to India’s rich cultural legacy. The Vedas, Puranas, Upanishads, Bhagavad Gita, and Ramayana, which are all written in Sanskrit, have given India the distinction as a world leader in intellectual topics. Hence, Sanskrit language is one of the prides for India and Indian Culture.

Now Sanskrit language has further gained a limelight from the technological point of view as well and let’s understand more about it.

Panini, the creator of the Sanskrit language, established the grammar of Sanskrit with 3,943 rules, making the language particularly flexible for developing or formulating algorithms of any sort. Also, because a language constructed with so many rules is an essential requirement for computers, artificial intelligence computers are less prone to mistake commands and therefore suit to be programming languages.

Rick Briggs, a researcher at NASA had even acknowledged Sanskrit to be the best language for developing computer programming for their Artificial Intelligence program. Briggs, on the other hand, has lately attracted attention to Sanskrit, which is a natural language that has existed for a long time and has a vast literature.

While we are on it, it is also disappointing to know that in a country where Sanskrit is one of the 22 official languages, very little importance was given to this divine and marvelous language. Well, until lately. However, recently there have been efforts in the country towards Sanskrit revival and this starts with education.

Most of the schools and educational institutes offer Sanskrit as an optional language either to take it up as a second or third language. In order to carry this legacy of our divine language for our further generations, Sanskrit has even been proclaimed a third language in India’s schools by the Central Board of Secondary Education (though schools can choose whether or not to embrace it, with the other choice being the state’s official language). Students in grades 5 through 8 at such schools have the option of learning Sanskrit (Classes V to VIII).
Unlike in the past, when Sanskrit students could only become academics or work as teachers and researchers in schools and higher educational institutions, today, Sanskrit students can pursue careers in a variety of fields and thus there is a wider scope and demand in Sanskrit education.

day Sanskrit students are in high demand in fields like music and dance, and computational linguistics, astronomers, and mathematicians are looking for Sanskrit specialists. Many reputed Institutions and Top Companies like IITs, IISER, Google have created job opportunities for Sanskritists specially. While it will take another 50 years to see whether Subramanian Swamy’s aforementioned claim is true to his words, it is definitely true that the students in schools and colleges have taken a liking to Sanskrit as a language of choice for Second/Third Language. With this, the demand for those who teach Sanskrit ha s also increased, eventually giving wider scope to those who want to pursue their studies in Sanskrit. If it is indeed proven that Sanskrit is the most suitable language for programming and AI, the demand for its studies would be in boom along with the pride and brighter possibilities it’d bring along. 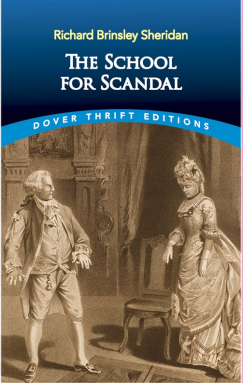 ‘SCHOOL FOR SCANDAL’ by R B Sheridan

“Richly exploited comic situations, effervescent wit, and intricate plots” is exactly how you can describe this 1777 master piece by Richard
Brinsley Sheridan. With a lot of verbal sparring wordplay and comic situations involved, the play is a satire written criticizing 18th Century England’s elite class, their love for “malicious gossips and character assassinations” as well as the machinations they took to to subsequently cover up.

The Prologue of the book itself states how the upper  crust Londoners back in the age thrived in slandering the reputation of others, despite knowing how much a ruined reputation costs.

The names of the characters in the play are befitting their personality. Lady Sneerwell, Miss Candour, Mr Snake, Mr Backbite, Mr Premium and so on.

This 18th Century satire by Sheridan is fun to read. Meanwhile, it also makes us realise how much of a vice unfounded rumours can be. Think on.

DEBATE CONTINUES ON WHETHER SCHOOL CLOSURE IS A NECESSITY OR AN ABSURDITY.

With the breakout of a new Omicron, it was ordered for schools and colleges in many regions across the country to remain shut. However, there is unrest among parents and students affected by this decision. While everyone definitely agrees that precaution is better than cure, there are many who also think that such decisions that are likely to be having an impact on the future of children should not be taken merely based on emotions but by backing of science, as well.
While science has declared the effect of Omicron variant of the pandemic as with mild symptoms, immunologists also suggest that schools be open and running. Despite this governments across the country have deemed it fit to impose lockdown on schools and colleges while everything else is kept open.
What more, India is placed second among countries in the world to have the longest period of school closure, after Uganda. The ongoing argument is why can’t our governments run schools with better SOPs in place than resorting to closures. While the answer is yet to be found, the lockdown persists. 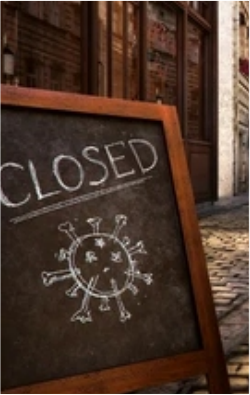 We are in midst of EdTech revolution