WHAT IS RIGHT? WHAT IS WRONG? HOW MUCH WE KNOW? 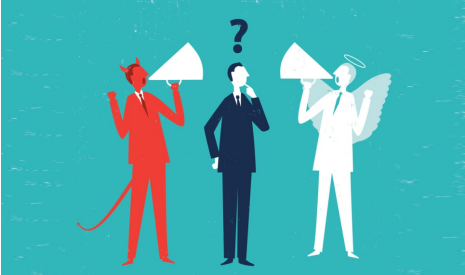 Ethics and morals define the values that individuals, occupations, or various communities stand for or believe. They indicate the right way to conduct oneself and what behaviour is not okay. And are very instrumental in developing a positive personal and professional life.

Morality is a concept, and it differs – from time to time, place to place, and across individuals. However, it is something that can be considered inalienable to us. While studies also indicate that morality is innate to every human being, why is it that as we grow, we find among us those we call ‘amoral’ or ‘wicked’? Why do people tend to do wrong deeds gaining for themselves the title of ‘criminal’? Why is it that even as facilities and exposure to education are improving day after day, we do not see a decline but an increase in the number of crimes? Why do we come across more corrupt behaviour in professional setups?

Psychology indicates that the environment we are exposed to influences our behaviour. Indeed, several decades ago, the many generations before us were controlled by moral sanctions. While we still speak of ‘conscience’ and ‘good conduct’: why is it not reflected in our society?

Why is it that while some prefer peace and harmony, others are hellbent on disrupting it? And how much of the ‘growing gracefully’is attributed to the kind of education we receive? To understand this, we must look into a connection of paramount importance – the nexus between morality and education.

As indicated in the beginning, education without morality is indeed a threat to society. Because those educated such, can utilize the knowledge thus gained in two ways – one, for the well-being of all; two, without scruples about what is right and what is not. That is where the significance of moral education comes in.

Moral education is about educating young minds to distinguish between what is  right and what is wrong. It is to inculcate within them a set of values and beliefs that help them to sail through life by making apt decisions, showing the right attitude and developing good character. Moral education can be imparted in various settings, such as by elders, parents, home, with peers at school, since children and teens spend most of their time in educational set-ups, it becomes important that school and colleges provide platforms for moral education as it aids;

1. Better decision making because it makes us aware of what would be the apt way to behave in any given situation. With moral education, we go beyond selfish motives, focusing more on better outcomes for all, when it is important to do so.

2. We tend to exude a positive and virtuous vibe. Moral education makes us a better and whole human being – personally as well as professionally. With it, we become more confident, self-aware and empathetic, too.

3. With improved significance given to moral education, we can – definitely – overcome a lot of evils present in the society. With this, we might see a significant decline in the number of crimes.

4. Moral education is not only about knowing what is right and wrong. It extends to respecting our cultural heritage, national values, and imbibing compassion towards all. It is to educate one to do his or her duties well and not to disrupt another’s life in the due course.

Thus, we must consider how much morals or ethics are included in today’s education system. Unfortunately, the character, moral values, and general behavior of students graduating from schools, colleges, and universities has deteriorated significantly due to a lack of focus on making students understand the concept of being human. Rather we tend to teach them success, money, and commercialism.

We hope that this article serves as a wake-up call to recognize the gravity of how lack of morals and values may impair the country’s future and to take prompt action to prevent the erosion of such values in the nation’s younger generation and assure a brighter future
for the country. 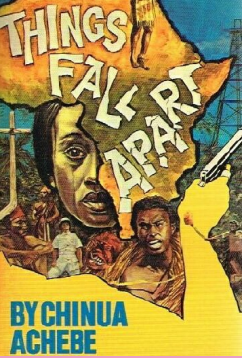 ‘Things Fall Apart’ is a classic that keeps you hooked till the very last page.

Beginning with a description of how our male lead, Okonkworises to prominence in his iboor clan, the novel brings to you many pages of interesting facts and situations. Okonkwo knows how to wrestle and hustle; and all he aspires to be is not to be like his father – lazy and poor. Thus he strives hard to overcome poverty and gain respect. Being a warrior with a great record, he is one of the most regarded members of his clan. With three wives, several children and good profit in agriculture, everything is going right for him until Ikemefuna comes into mighty Okonkwo’s life as the responsibility of the clan – a boy exchanged as a gift to resolve inter-tribal conflict. What happens then?

The book is definitely going to be a great read for two reasons. One, it brings to you the real Africa, from the perspective of a native. depicts the customs and practices among the ibos and portrays the rich cultural heritage of the Igbos. It is a break away from the preconceived notions of what Africa was said to be to what it actually is .

Secondly, because we believe you too will be as smitten with Okonkwo and Ikemefuna, as we were!

Indian Institute of Technology, Delhi and Indian Air Force have recently joined hands to work together to find required solutions for various projects under the latter

The MoU considers following areas or projects wherein the two will work jointly,

The MoU was signed by Air Vice Marshal Samir V Barode, VSM from IAF and Professor M Ravi, HOD o f Mechanical Engineering in IIT, Delhi. This project is expected to bring in plenty of new and innovative solutions in case of both existing
and upcoming projects of IAF.

We are in midst of EdTech revolution